Hotel Gerard et Francine is located at the end of the animated village of Ambatoloaka in Nosy Be, far from troublesome noises and crime

Ambatoloaka, it means "a rock with a hole." The village has the name from an arch situated in the side of a crater which sadly fell a long time ago. There many royal rituals were carried out and the females and sick children prayed for gifts and health. A little later a small chapel of "Mecreants" was constructed in 1961 for a group of friends who had made an agreement with the Brothers of the chapel. They made a promise that the construction of the chapel would be seen through, but it was lost and after the transformation of the local population to Catholicism in the village, the name of the chapel was given Notre Dame des Flots.

In the picture of Madagascar, you can also see an ancient Mosque, the Protestant Church, and a superb area of sacred trees. For a long time now, fishing with a net, is the primary source of livelihood among villagers beginning around the 1930's. There are still many families here from the old times, but now, many migrant "tourists" are staying to live here with their hotel and restaurant businesses making their reputations throughout the villages.

The Hotel Gerard et Francine is at the far south end of the beach, within walking distance from the site of the crater. 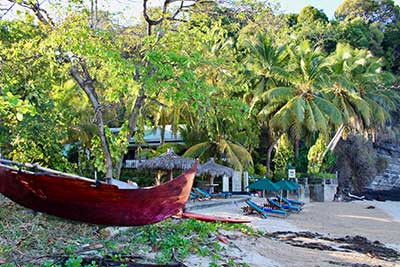 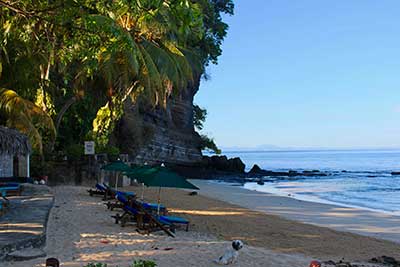 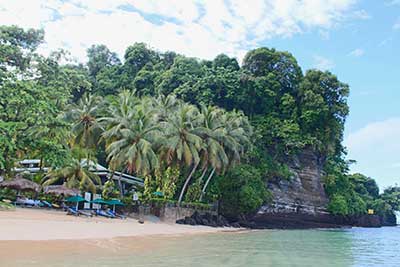 Directly on the beach of Ambatoloaka in Nosy be, Hotel Gerard et Francine has enough privacy for the profit of animation without many bothers and crime. You can find a great variety of restaurants (2 to 6 Euros per plate), bars, boutiques and centers for diving who will give you further information. 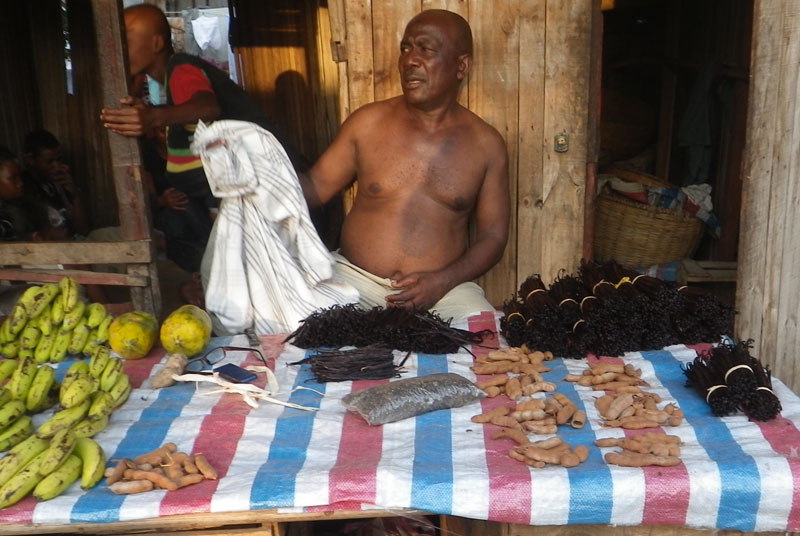 The proximity to the village of Ambatoloaka permits you to discover a charming population, receiving you, sharing their artisan crafts and very original products (hand-crafted embroidered cloth items, carvings, and other woodwork).
You can dine on dishes "Malgache," with the traditional dishes of Nosy Be, but there are also delightful "European" dishes, all beginning with local products (fish, crab, lobster, pizza, Italian and French cuisine).
Pour vos déplacements sur l'île de NosyBe, des professionnels sérieux vous proposeront divers véhicules (scooter, motos et quad). 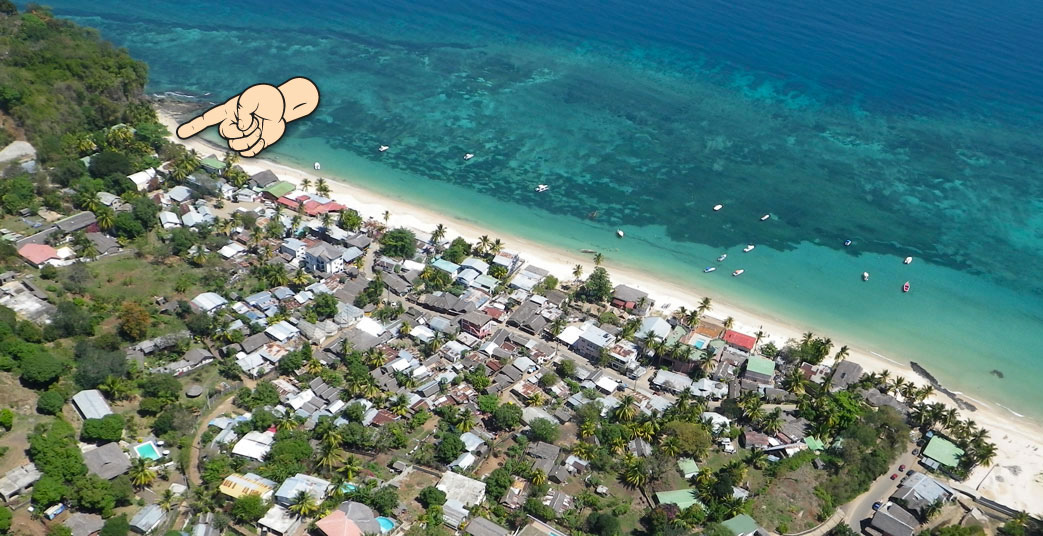 For snorkeling, flippers and mask, there are boutiques that rent the necessary equipment on a daily basis. 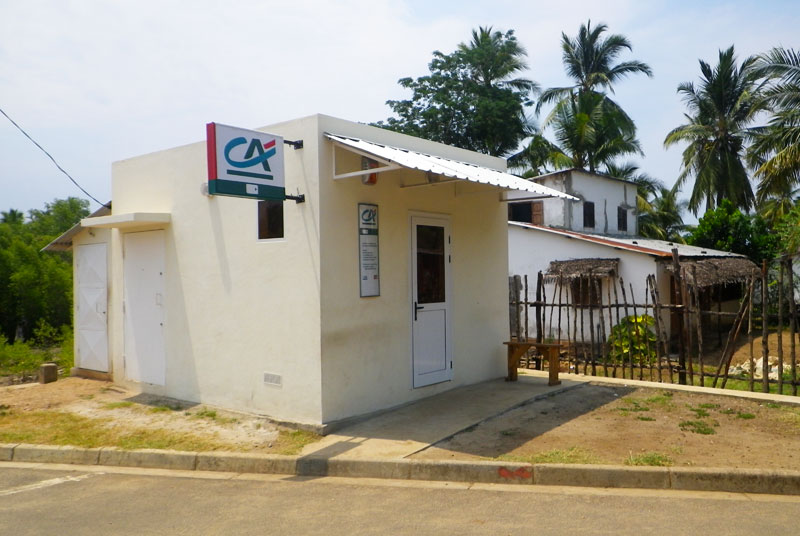 You can easily withdraw the money you need.

For the team of the Hotel Gerard and Francine in Nosy Be, Madagascar, reception is an art and you will be received with all of our attention, treated like family; for you we offer a comfortable atmosphere, our reputation for this style of work is irrefutable and has been for the last 25 years in Nosy Be.